Cross border trade in hydrogen can substantially redraw the landscape of global energy trade, develop a new class of energy exporters and importers and redefine geopolitical ties and alliances between countries.

Numerous pilot projects examining various applications for hydrogen use and feasibility studies for its transportation are currently underway. Governments across the globe are developing hydrogen strategies to pioneer the field and establish leading positions in the emerging market.

How would the implementation of the Commission’s hydrogen strategy impact hydrogen import from non-EU countries and what impact would this have on the cross-border trade and energy network was discussed during a panel discussion at the FLAME conference in Amsterdam with the participation of the President of the Energy Association “Ukrainian Hydrogen Council" Oleksandr Riepkin. 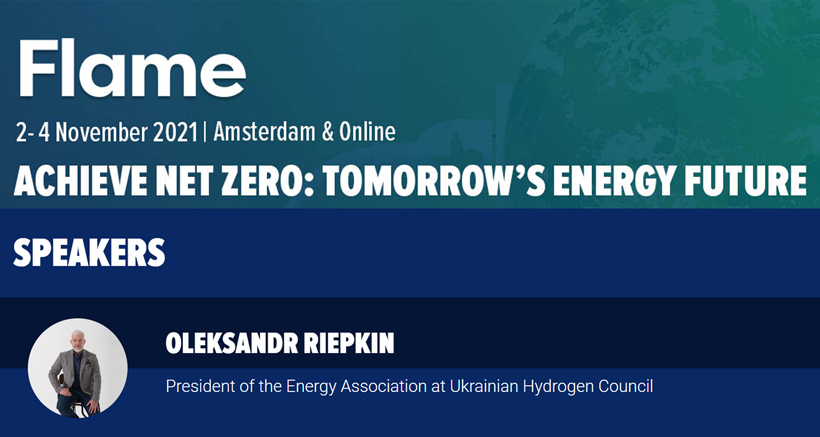 He also reminded that work on the Central European Hydrogen Corridor initiative has already begun in Ukraine. Its goal is to create a highway to transport "green" hydrogen from Ukraine to Germany via Slovakia and the Czech Republic. The future hydrogen pipeline will form the basis of the European hydrogen market, combining Europe and the regions with rich hydrogen production potential.

"Ukraine is becoming a №1 partner that will ensure the EU's painless transition to a new clean hydrogen economy."