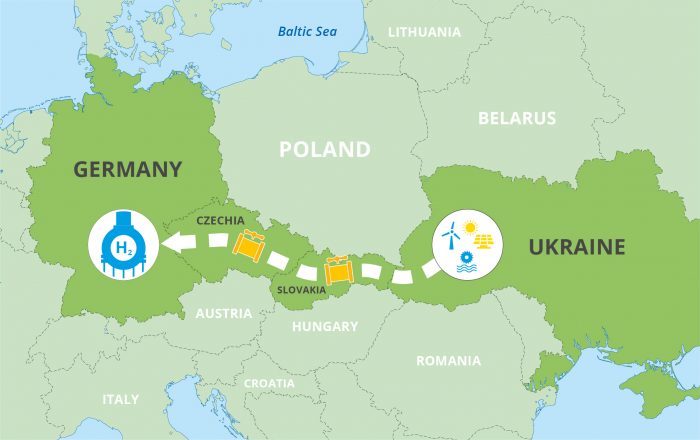 The focus of the joint initiative called the Central European Hydrogen Corridor is on developing a hydrogen “highway” in Central Europe for the transport of hydrogen from promising future major hydrogen supply areas in Ukraine that offers excellent conditions for large-scale, green hydrogen production via Slovakia and the Czech Republic to large hydrogen demand areas in Germany and the EU. The hydrogen corridor will also enable transporting hydrogen between hydrogen production facilities and hydrogen consumers in the Czech Republic and Slovakia.
The project promoters believe that the Central European Hydrogen Corridor can be created partially by repurposing existing gas infrastructure, combined with targeted investments in new dedicated hydrogen pipelines and compressor stations. This enables dedicated hydrogen transport over long distances at an affordable cost.
Companies have already started to explore the technical feasibility of creating a Central European Hydrogen Corridor for the transportation of up to 120 GWh per day of pure hydrogen from Ukraine to Germany by 2030.
Participating companies include EUSTREAM (the Slovak gas TSO), Gas TSO of Ukraine (GTSOU), NET4GAS (the Czech gas TSO) and OGE (a leading German gas TSO).