"In Ukraine, the issue of hydrogen is discussed at the highest political level, there is the question of the participation of Ukraine in the European Green Deal" said President of the Energy Association «Ukrainian Hydrogen Council» Oleksandr Riepkin within the Eastern Partnership Workshop on hydrogen cooperation in line with the European Green Deal and the EU hydrogen strategy.

Oleksandr Riepkin noted that in March the Cabinet of Ministers of Ukraine approved the National Economic Strategy until 2030 - a fundamental document in which, for the first time in the history of Ukraine, production and use of hydrogen are enshrined at the state level.

"This document for the first time identifies hydrogen as the new energy carrier, which not only provides an opportunity to decarbonise the economy of Ukraine, but also to become more energy independent, contributes to energy security." 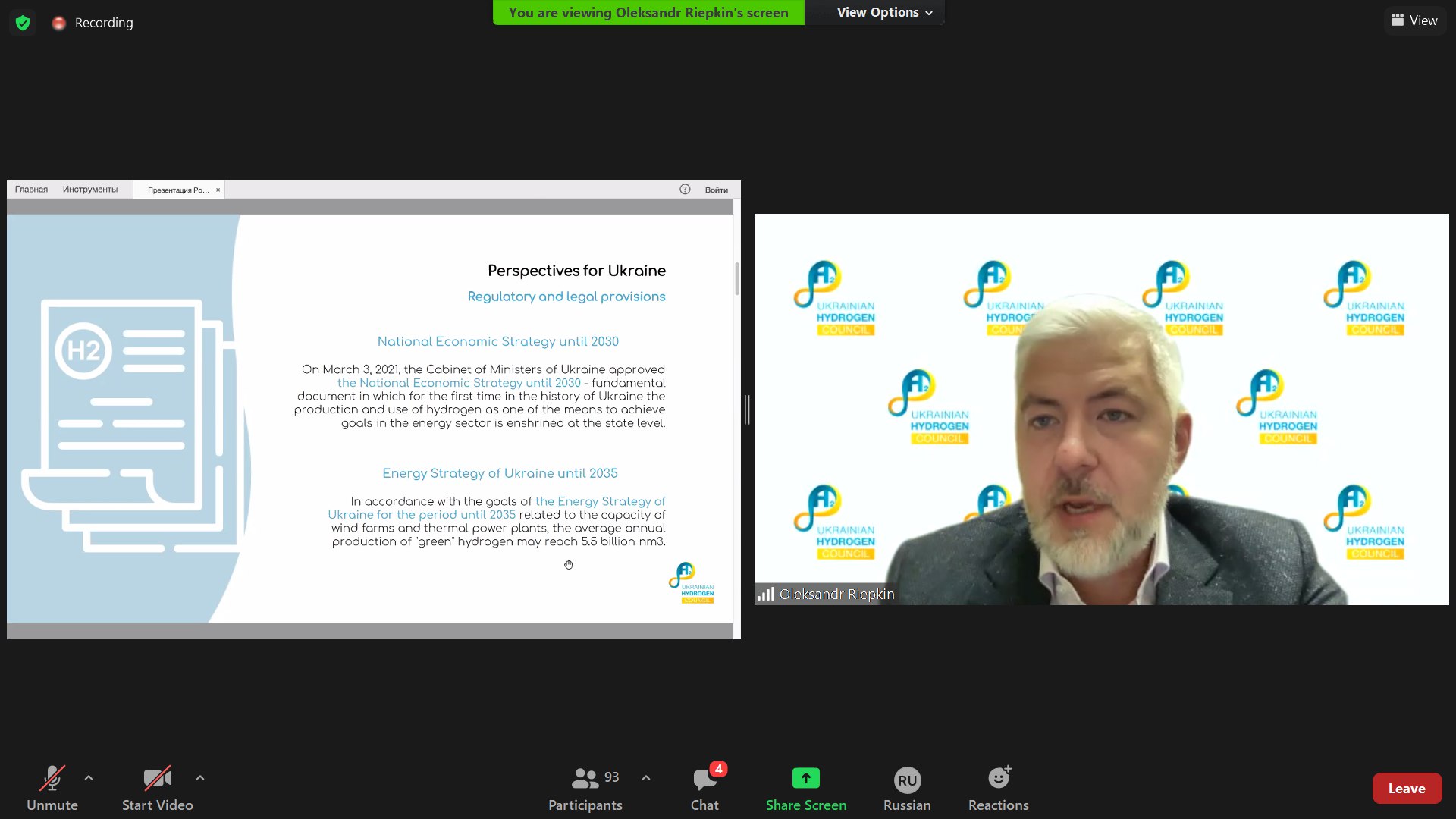 In addition, Oleksandr Riepkin emphasized the potential of Ukraine for the production and transportation of "green" hydrogen and told about three pilot hydrogen projects that are already being developed in Ukraine, namely:

The presentation of Oleksandr Riepkin and other participants of the seminar can be found at: https://bit.ly/3xfw4Vt 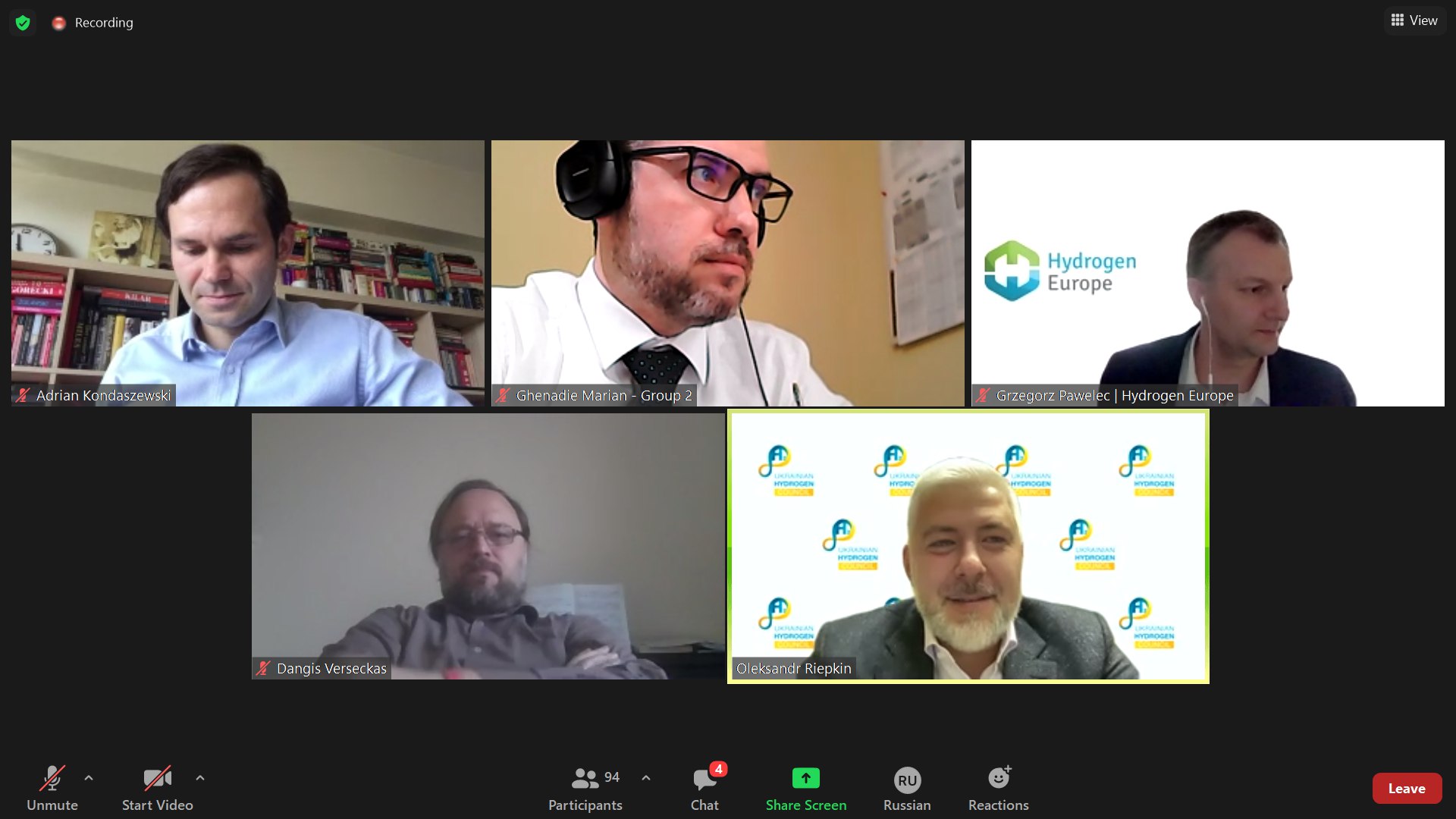