The Ministry of Environmental Protection and Natural Resources of Ukraine has published a draft of the second National Determined Contributions of Ukraine to the Paris Agreement, which aims to reduce greenhouse gas emissions by 65% in 2030 compared to 1990.

"For Ukraine, achievement of the climate goals in all sectoral policies will not only help reduce greenhouse gas emissions, but also create significant economic and social opportunities," said Minister of Environmental Protection and Natural Resources of Ukraine Roman Abramovsky.

The implementation of the draft act will contribute, in particular, to the decarbonisation of the economy in such key sectors as electricity and heat production, construction, industry, transport, and the achievement of a carbon-neutral economy by 2060.

HBV2, among other things, proposes the following changes:
• increase in the production of renewable sources of solar and wind energy, bringing their share to 30% in the electricity sector by 2030;
• increase in heat production using biofuels by 30%;
• replacement of fossil energy sources with renewable ones;
• increase in the share of electric cars to 15% of annual car registrations in 2030;
• development of low-carbon public transport, rail and water transport. 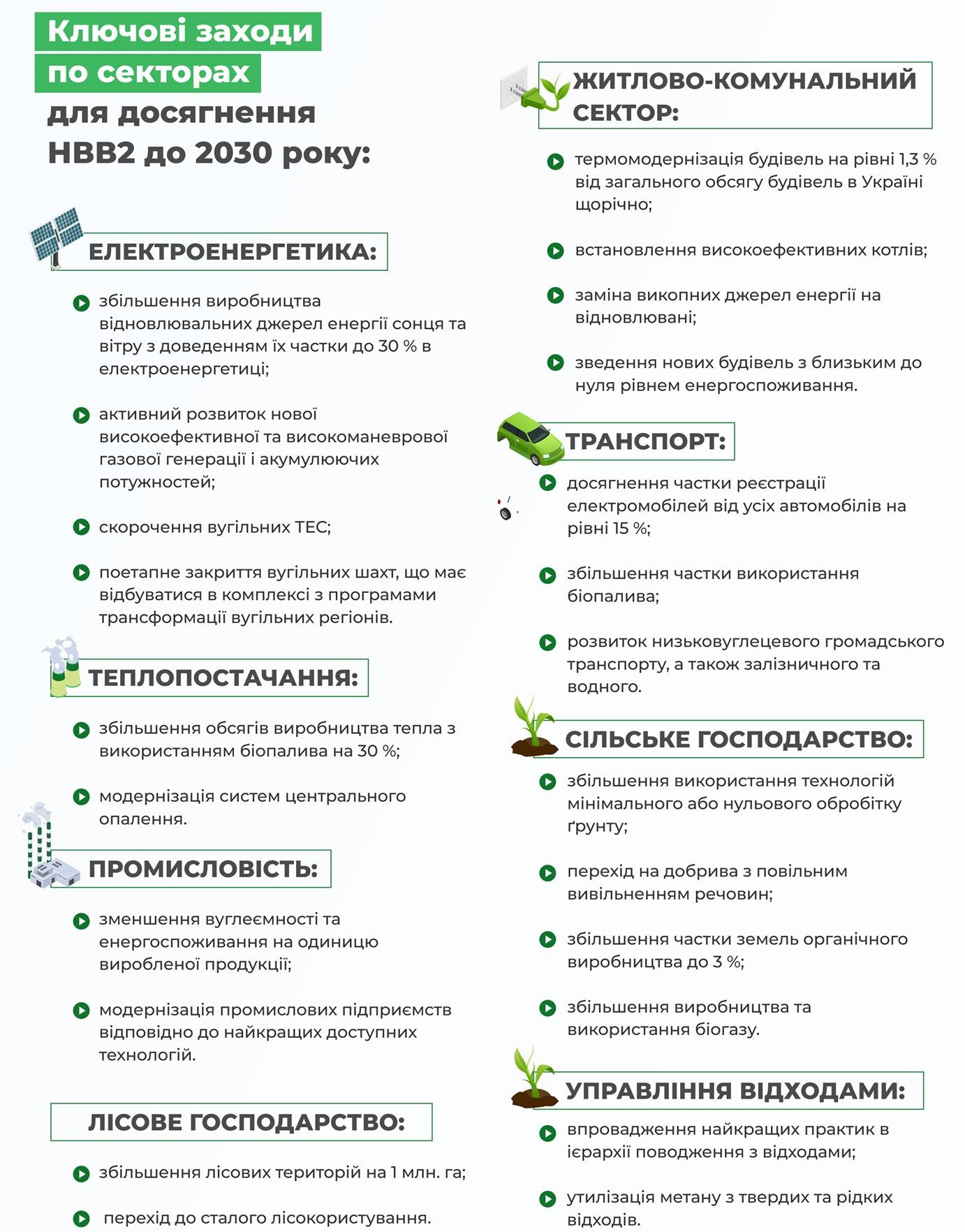