Hydrogen energy is one of the three priority areas of Ukrainian public investment for the "green" transition.

This was stated by the Finance Minister of Ukraine Serhii Marchenko during a high-level panel discussion with the participation of the management of the Word Bank and the European Commission that was held as part of the IMF and World Bank Group Spring Meetings.

The topic for discussion was the features and conditions of post-pandemic recovery for the "green" transition in Europe and Central Asia.

As noted during the meeting, the Finance Minister of Ukraine considers hydrogen energy as one of the promising areas of public investment. Ukraine has the technical potential to build 500-700 GW of renewable energy capacity, which can produce about 500 billion cubic meters (45 million tons) of hydrogen.

"This is not only an efficient way to use the growing capacity that generates renewable energy, but also the opportunity to use the existing transit infrastructure of hydrocarbon for the needs of the new green economy without writing off of investment in recent decades", said Serhii Marchenko. 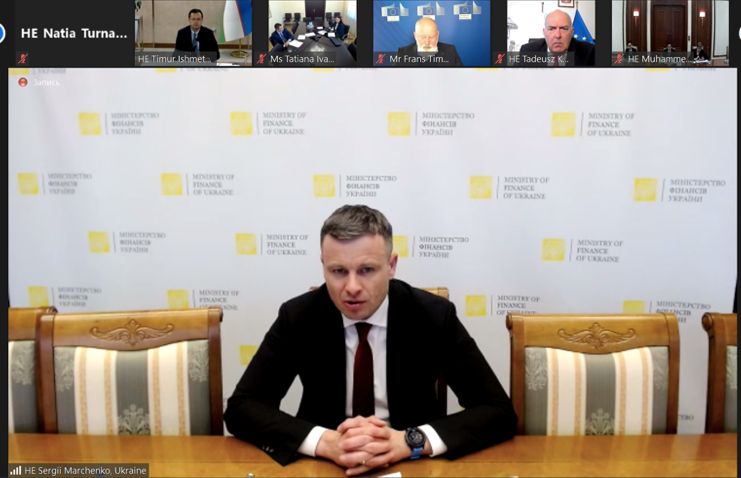 Speaking about renewable energy, Mr. Minister noted that over the past three years the share of renewable energy in the structure of energy generation has increased from 1.7% in 2018 to 7.7% in 2020, while in 2020 the figure has doubled, in the vast majority the private investment were the reason for increase.

Other priority areas include investment in integration of electricity grid of Ukraine with the European Union network and investment in storage capacity.