Today, the issue of hydrogen economy development is considered by Ukraine as one of the most priority directions in elaboration of public policies.

Ukraine has significant potential for generation of electricity from renewable sources for hydrogen production, as well as the ability to transport hydrogen, thus the EU considers Ukraine as a priority partner in implementation of the EU Hydrogen Strategy, which is an integral part of the European Green Deal. 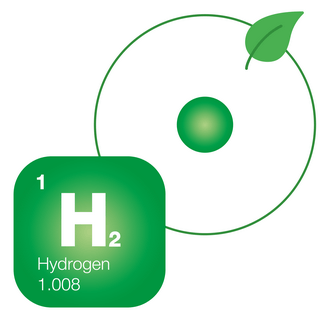 So what is hydrogen and what are the advantages?

Hydrogen (Н2) is one of the most common elements on Earth, but exists in nature only in compounds with others. Along with sunlight and wind, hydrogen is one of the sources of renewable energy.

The main advantages of hydrogen:

It is a versatile energy carrier - hydrogen can provide both electricity and heat, as well as fuel for transport.

Hydrogen is a clean source of energy. When we burn hydrogen, no harmful substances are released into the atmosphere.

Hydrogen energy is non-toxic. Hydrogen is not harmful to human health, unlike nuclear energy or natural gas.

Hydrogen energy is very efficient. Hydrogen is incredibly dense and can release a lot of energy. It is three times more powerful than most fossil fuel sources. Therefore, less hydrogen is required to perform the same tasks. 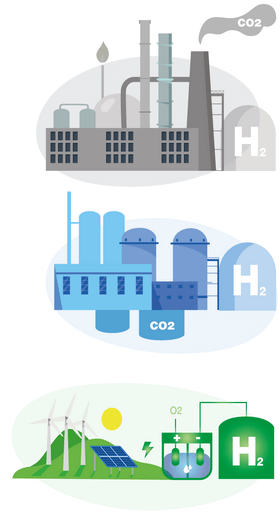 You can produce hydrogen in different ways.

Some methods are accompanied by significant СО2 emissions, others leave minimal carbon footprint or no СО2 emissions at all.

For example, one of the cheapest ways is to produce "gray" hydrogen by steam conversion of methane from natural gas or after gasification of coal. Such production is accompanied by significant СО2 emissions, so "gray" hydrogen cannot be part of the hydrogen economy of the future, which is aimed at decarbonization.

The production of "gray" hydrogen in combination with technologies that are able to contain and store СО2 emissions, allows you to produce "blue" hydrogen.

In the world, in particular in the European Union, green hydrogen is considered to be the most promising for the decarbonization of the economy, although the technology of its production remains the most expensive today. "Green" hydrogen is produced by electrolysis of water without СО2 emissions. Electricity is passed through water (H2O) using "green" electricity from renewable sources (solar and wind in the first place), and hydrogen (H2) and oxygen (О2) are produced.